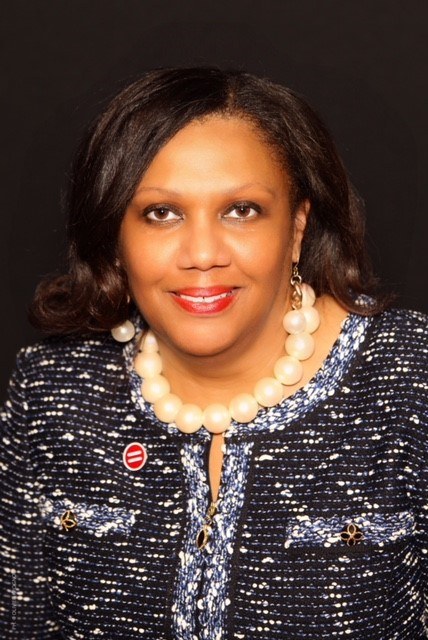 Valarie Shultz Wilson has been a change agent for the Civil Rights Movement for more than 25 years. Her journey began at the Louisville Urban League where she held a position as a development director prior to being named President and CEO of the Urban League of Southern Connecticut (ULSC) affiliate where she served in this capacity for over a decade.

Under her leadership, ULSC expanded its service area from three cities in one county to eight cities across four counties impacting over 2,800 families annually. Valarie erased the agency’s $750,000 operating deficit and presided over the successful rebranding of the Urban League of Southern Connecticut. Today, the league is the largest training provider for CT Works (Workforce Investment Board) and viewed as a market leader in Home Buyer Education and Foreclosure Prevention. Additionally, Valarie and ULSC earned the distinction of being HUD certified. During her tenure, she increased corporate and foundation contributions by ten-fold and executed successful conferences and summits for Education, Diversity & Inclusion and the Women's Empowerment which attracts an average of 1,000 participants annually.

Over the course of her 25-year tenure in nonprofit management, Shultz Wilson has served and continues to serve on advisory boards for The Junior League of Stamford – Norwalk; Person-to-Person in Darien; The NAACP of New Haven; and she was recently appointed to the Board of The National Urban League’s (NUL) Association of Executives. Shultz Wilson has long-standing relationships from her service on the boards of J.B. Speed Art Museum, National Council of Negro Women, Family Services of Woodsfield, Family Re-entry, United Way of Coastal Fairfield County, A Better Chance, National Charity League, Danbury Minority Business Association, Norwalk Community College Foundation, League of Women Voters and The Booker T. Washington Academy. She is also a member of the Association of Fundraising Professionals, Women in Development, Women’s Leadership Forum, United Nations, National Association of Black Non-Profit Managers, Regional Planning Association, U.S. Women’s Committee, Women in Business and the Association of University Women and, she has most recently become a member of the International Women’s Forum of Connecticut. The NAACP recently selected and honored Shultz Wilson as one of Connecticut’s 100 most influential people. Former Governor Dannel Malloy appointed her to serve on various commissions including the Commission on Women, Seniors and Children and the Permanent Commission on the Status of Women. Shultz Wilson is a member of the Fairfield County chapter of The Links, Incorporated and she serves on the board of The Prosperity Foundation which is the only black community foundation in New England.

Shultz Wilson is the youngest of six children, mother of four accomplished young adults and a proud grandmother. As a working wife and mother, she has learned the importance of work/family balance early in her career and she believes in transformational leadership and leading by example.

Shultz Wilson has devoted her life to finding creative and innovative solutions to some of our community’s most pressing challenges.