An important way that public health officials measure the overall health of community is by using a horrifying statistic – the rate of babies who do not survive childbirth or live beyond one year.

While infant mortality has declined significantly over the last century, rates in the U.S. are now higher than in most countries with advanced economies and modern medicine. The U.S. ranks 33 out of 37 countries on a list tracked by the Organization for Economic Co-operation and Development (OECD). Within the U.S., disparities by race have remained consistent, even as overall averages have gone down.

On behalf of Elicker, New Haven Health Director Maritza Bond presented the proclamation to New Haven Healthy Start during a recent virtual meeting with the Community Action Network, a consortium of healthcare providers, mothers, fathers and other residents who meet monthly to discuss ways to remove barriers to health. Bond commended New Haven Healthy Start's work to “decrease the levels of infant mortality within the New Haven area, as well as working to improve the health of child bearers and their children.”

“We started asking, ‘How could the richest country in the world have babies dying at this rate?’” said Frazier.

More than three decades later, the question is still relevant.

Healthy Start works to reduce these disparities by involving the community it serves through forums such as the Community Action Network.

“The root causes of infant mortality lies in the circumstances of the community,” said Frazier. “That is why there is a need to go into the community. Those with the most at stake to lose their babies must be at the table to create the program.”

What is the Infant Mortality Rate?

New Haven Healthy Start is in the community working to improve maternal, child and family health and outcomes. Learn more 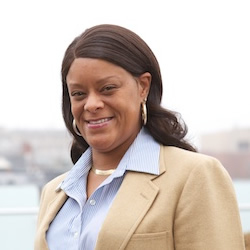